Change a commercial space into a housing one 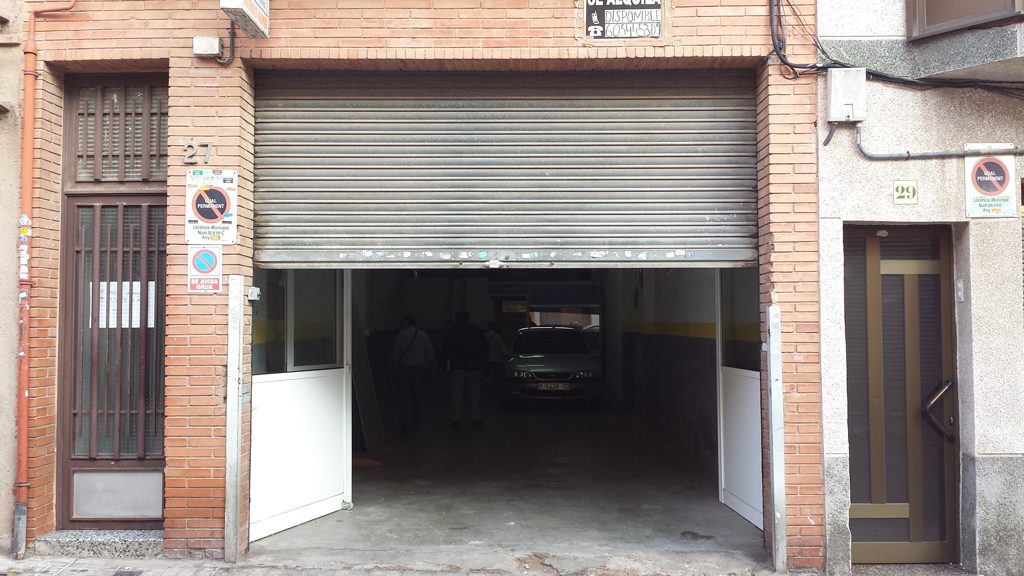 In Spain there has always been one or another crisis, it has always been an aura that we have planned over the thoughts, memories in the past harsh naval reconversion of 80, or even mining struggles. In more recent times, we broke a housing crisis that has swept most savings banks had in Spain, being considered one of the worst real estate crises suffered. (Looking back to J. K. Galbraith in “The Crash of 1929” states that part of the stock market crisis was triggered by a housing crisis in the state of Florida, where the unhealthy properties of overnight were revalued to the limit).

In Spain something similar happened, unhealthy premises to be located in areas “swanky” is coming to transmit up to five times and always higher than the previous amounts. The savings institutions lent money to people with relative solvency and above own good appraisal amounts, so the happy citizens could amueblarnos acquired floor, move the car and even go on vacation, since it was a year grace period the next year we would see the first installment of the mortgage. Until the housing crisis erupted under our noses, a bubble of stratospheric dimensions that caused contests of famous (or to some infamous point, as the largest until today (Martinsa Creditors – Fadesa), and being at the expense of the it will happen with the company of Civil Engineering, Abengoa). So a huge park property, with major banks as the large estate of Spain, this statement went almost unnoticed. And we refer to the judgment of the Supreme Court of September 12, 2013, (No. 1347/2010 resolution)

In that decision, the Plenum of the First Chamber of TS, confirms the doctrine that has confirmed his doctrine “concerning the right of every owner of a flat or premises in horizontal property regime to use them as it sees fit, unless the change of use is prohibited or change destination appears expressly limited by the horizontal property regime, its constitutional title or statutory regulation). In short, the owner of a local in Berja, declined to change local housing and community claimed according to its statutes forbade it. In the judgment, Judge Lord Arroyo Party, argued that the change of use, is a regulated and protected power in the Civil Code itself (art. 348) unless otherwise contravenes rules to regulate it. According to his own judgment Legal Grounds Second, it states that “property is the right to enjoy and dispose of a thing, with no limitations other than those imposed by the law.” The main arguments of the sentence contained in the Second Law Foundation, which provides:

The appellant alleges that the property right is not only subject to the restrictions of the master deed of horizontal property regime, but also to “limitations and prohibitions expressly contained in the law.” What is more, the civil division of TS own respect in its judgment of 24 October 2011. Resource 527/2008, concludes that no violation occurs when the description home does not deprive the owner of the possibility of destine to housing, as no express prohibition in the master deed or statutes that prove. And even the statement indicates that it is not enough with a certification of the urban situation to the municipal officers, by the community itself is not enough, but they should have urged the administration to sanction the absence of such legislation. In response, the Court admits that the property is to allocate local to a different use for which it was initially planned, but always at the expense that planning regulations allow.

In Catalonia, the law was regulated in the Civil Code of Catalonia regulating in its original wording, the change of use of premises to housing. (Art. 553-10, provided the regulatory procedure for such modification), therefore, the judgment of the Supreme Court has made it easier conversion from local to housing is a more streamlined process, since it refers to private and particular sphere owner property. Thus, it does not require unanimity of the board of owners to carry out this change, I leaving only limited by the characteristics of administrative regulations that allow its habitability (densification of the area, general plan of urban planning (PGM- PGOU) and healthiness of the site itself. that said, it gives the impression that only leave the crisis, creating another housing bubble.