Why is paternity important? 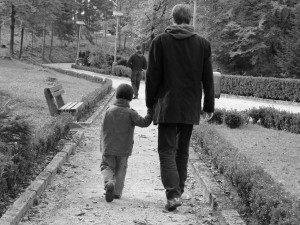 Paternity may be defined as the legal relationship between two people where the other descends. It is a matter of indisputable public interest because, as pointed out by the jurisprudence “is in question something as important as the status of a person, which affects the general interest and public order” (Judgment of the Supreme Court of December 3, 1988) .

In the process of determination of paternity and appeal involved the prosecution, because his speech is a manifestation of public interest, distinguishing Article 749 of the Civil Procedure Act two kinds of intervention:

Intervention as part necessary to protect the public or social interest.
Intervention which is not part itself, but rather in assuming the representation and defense of those who lack legal capacity and legal representation.
Article 764 of the LEC states that can be ordered in the courts the legal determination of parentage, and appealed to them legally certain affiliation, in cases under civil law, not admitting those demands when filiation has been determined by judgment, this impossibility of reaching exercise of paternity action, not only to cases of determination but also of its challenge. However, a sector of the doctrine questions this “no admission of the claim” if the determination of parentage is set at a judgment without biological tests have been performed, so that a subsequent practice of the participants decide failure wrong determination thereof.

To clarify the importance of parenthood, talk about an interesting Judgment 466/2007, issued by the Provincial Court of Valencia, Section 7, wherein the resource 467/2007.

The marriage broke up on February 4, 2005, with her third child on 18 February 2004. The husband was unaware that the child was the result of an affair with the wife, so he enrolled in the registry as child marriage .

Since the pregnancy of the wife, the marriage relationship was damaged, but still grew worse as the husband suspected his wife was unfaithful and had doubts about whether the child she was expecting was him or not. Days before separation, marriage performed the deed of sale of the marital home.

Although in the process of legal separation the husband showed his doubts about the paternity of the third child, and had started testing for parentage verification, food were set in favor of it. The tests were negative result (it was not his son, or the third or the previous two) and judgment on paternity challenge was issued on November 23, 2015, in which the wife is paved. During this time the ecclesiastical annulment was also processed, given the strong religious beliefs of the spouses.

Derived from this situation, the husband came to the end of December 2004 to visit a psychologist, diagnosed with depression, anxiety, sleep disorders, gastric ulcer box with outbreak and itching in the trunk and limbs, stretching them over about two years, with ups and downs of improvement and worsening, according to the experts derived mourning loss of a child than never recover, because the prior doubts about his paternity and the marriage breakdown.

The judgment sets that while marital infidelity is not compensable, yes it is the procreation of a child out of wedlock with concealed his spouse, picking the doctrine of the Supreme Court in its judgments of 22 and 30 July 1999, where specified that while the moral damage generated in one spouse’s infidelity of another is not capable of economic repair some, since the only legal consequence is the breakdown of the marriage bond, the procreation of children, three in this extramarital case involves negligence of the defendant in their intimate relationships, estimating not act maliciously or intentional damage to generate a husband to father her three children by the very fact of having extramarital affairs, however, concealment paternity husband and attribution to it of three sons itself is considered willful misconduct, assuming a “plus” in the subjective element of fact prosecuted. That is, the wife and the lover knew from the beginning that the children were the lover, not the husband and, despite that both agreed that the husband’s inscribed in the civil register as his sons, who became part of his family, with all the obligations, rights and inherent links to it, being conscious that act lies the fraud, which has led to break the marriage bond, breaking the emotional bond between children born and husband own a parent-child relationship, with damage to be compensated, especially bearing in mind that the wife allowed at first and second instance which foods were set for minors and by the husband, admitting just challenging paternity once he could not deny the relevant biological tests.

The emotional impact that the situation has generated, not only affects the biological paternity but apparently the children.

The judgment finally estimated that the condition is proved that the husband has suffered as a result of knowledge of non-paternity of the three minor children who believed their children, and lost his touch, and the bond he had with them, which they had generated a suffering that can be higher than the death of children not being able to mourn in response to the loss suffered, establishing a compensation for moral damages in favor of the husband.