Institutional Abuse to Children and their Families

Observing the current news (Maristas case) reports from the Ombudsman, information in social networks and cases that we have in this office, we see the need as legal operators to force us to not forget and focus our attention on the abuse suffered by many children and their families in services child protection, courts, health centers, which are having a dangerous rise in Catalonia.

25% of the children in care in Spain are from Catalonia, and although legislation on the protection of minors establishes as a priority the family support, the harsh and cruel reality is that in Catalonia, the resolutions of helplessness and internment centers, are by far the most commonly used measure.

It is understood that when a Public Administration delivers a resolution of helplessness it assumes a responsibility, because it implies that the Public Administration in Catalonia is the Directorate General of Care for Children and Adolescents (DGAIA), it is able to take care of a child respecting it’s rights. However, the sad reality is that in that institution abuses are allowed, with the resolutions of helplessness and in many cases an accumulation of nonsense, because they act without obtaining reliable data, not carried on many occasions an accurate radiography of the problem, nor actually it produces administrative intervention on parental nucleus – often even interviews are conducted with the extended family, although its resolutions are allowed to make judgments of them – despite their absence in many cases, truly the intervention administrative on household, yes they do work plans, but about the work plan or blueprint, there is no data in the files. With all the work done being doomed to a resounding failure; for acting too quickly and have an aimless valuation data or insufficient data, often based on prejudices is a result of conviction without trial or defense. 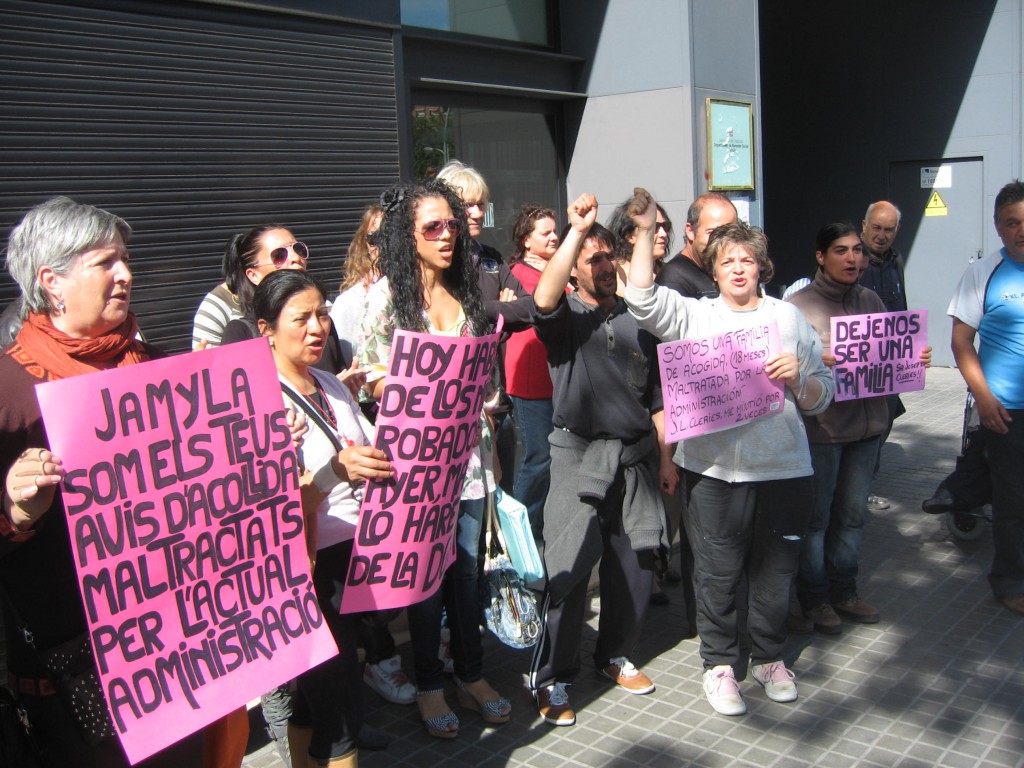 In multiple resolutions of administrative helplessness, as I have indicated I am part of a false premise and its consequences, leading to acquire the nature of other major premises also false, being the result: a great sophism. That is, as a lawyer I have come across cases where it is part of a “hypothetical situation” as if from an accredited fact is involved, which leads them to adopt the most urgent needs the most extreme and surgical measure: the resolution of helplessness, wITHOUT true and proven analysis and assessment of the situation, and in the interim between the resolution of provisional helplessness and ultimately no technical justification none and obviously lacking the most basic sense of empathy and human probity, usually design a grotesque family relationship, where, omitting in many cases the reports of the family Meeting Points, tortured children and their families forcing them to physical, emotional and emotional rootlessness, then set a few visits to completely amputate these links between the child and his / s parent / s and extended family.

There are many administrative decisions in the field of child protection where the administration acts arbitrarily without any legal basis, causing an actual infringement of the rights of minors.

But what is institutional abuse? According to Martinez Roig (1989), it is understood by institutional abuse of any law, procedure, action or omission from public or derived powers of the individual performance of the professionals who behave abusively or neglect, detrimentaly to the health, safety, emotional state, physical well-being, the proper maturation or violates the basic rights of children and / or children. That is, is when the professional himself (technicians DGAIA, schools, health services, courts, etc.), in the exercise of their management, judicial … and often from a “place away” from contact with the child, it is favored or allow abusive situations.

How to detect that institutional abuse? Detection and recognition is more difficult to prove, because it has its origin in people who are responsible for systems of child protection, which according to what situations put their personal interest or social or political groups representing the interests and needs child / a. However, as to detect abuse in the domestic field there are some external indicators, there are also a number of circumstances or “modus operandi” that if concur, one could speak of potential abusers in the figure of professionals, politicians or managers, It is the institution itself (DGAIA) aware of the facts, cooperator in this institutional abuse.

In the field of justice slowness of procedures and the enforcement of laws that benefit adults and institutions are totally detrimental to the development of the child. In my legal practice, I have come to meet judged that with the possibility of judicial review of an administrative measure, DGAIA has raised helplessness to argue that how there is no homelessness, the court should not control whether the previous work technician by the Directorate General of Care for Children and Adolescents was or was not in accordance with current legislation, the Spanish Constitution and the principles involving the rule of law, and I have met with judges who have admitted the allegations, thereby allowing diversion of management power.

Article 103.1 and Article 106.1 of the Spanish Constitution requires the full submission, complete and unconditional Public Administration to it, thus the Constitution has wanted to exclude the legitimacy of any administrative action against legem and contra ius, stressing that no public decision can be taken outside the law, with disengagement thereof, having the courts full jurisdiction to review the regulatory power and the legality of administrative action and subjecting it to the ends which justify it, arm’s accordingly control of all administrative actions without exception.

Many children who unfortunately have entered the system of child protection in Catalonia, are separated not only inappropriately but totally arbitrary, passing their families much of years of his life before the courts of appeal in appeal, while the child suffers a brutal emotional disaffection your / s parent / s and extended family, but make no mistake, but at the end of the tunnel the courts give them reason these parents … late justice is not justice.

I do not want to end this article, if you do have ideas for improvement to this situation, because I believe that the child protection system should be changed urgently, and among the proposals that I consider appropriate, would be the following: